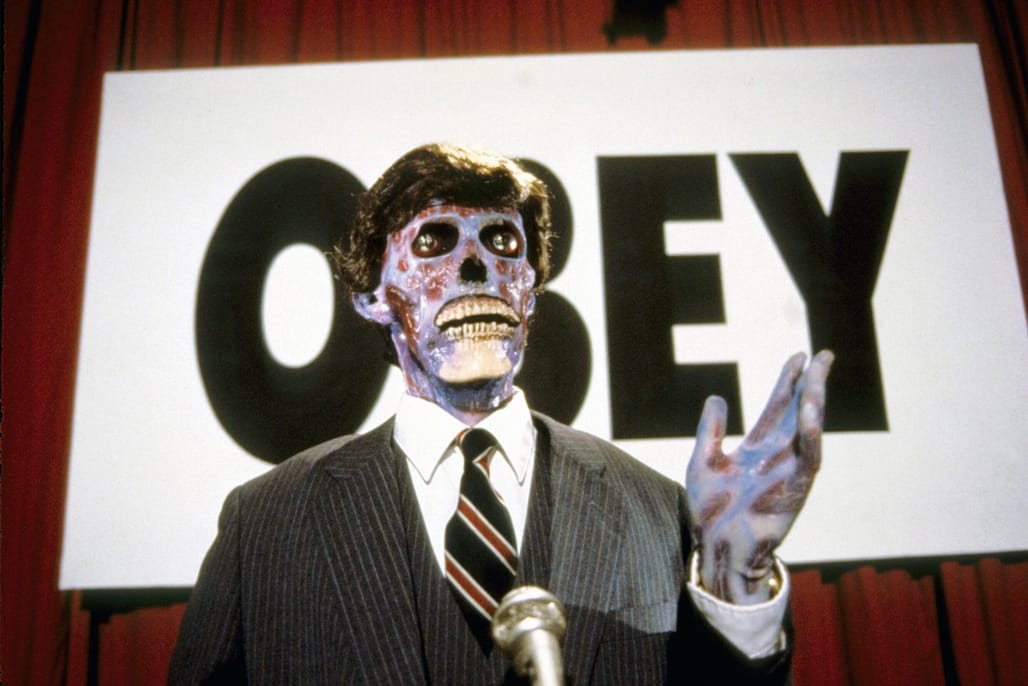 As John Carpenter’s 1988 sci-fi/horror opus They Live turns 30, it’s amazing to note how relevant the film’s themes continue to be. A scathing indictment of capitalism and the culture of greed masquerading as a B monster movie about invading aliens:

Nada, a wanderer without meaning in his life, discovers a pair of sunglasses capable of showing the world the way it truly is.
Namely, that subliminal messaging prompting us to “CONFORM” and “OBEY” is all around us. Both the media and the government are comprised of subliminal messages meant to keep the population subdued, and most of the social elite are skull-faced aliens bent on world domination. With this shocking discovery, Nada fights to free humanity from the mind-controlling aliens.

Date: Thursday 12.04.18 @ 8pm
Venue: Griessmühle, Sonnenallee 221, Neukölln (Behind S-Bahn Sonnenallee)
Tickets: €7 or €6 with Berliner Pass or Student I.D.
Tickets can also be purchased at the venue, subject to availability.